Video game loot boxes could be regulated under gambling laws 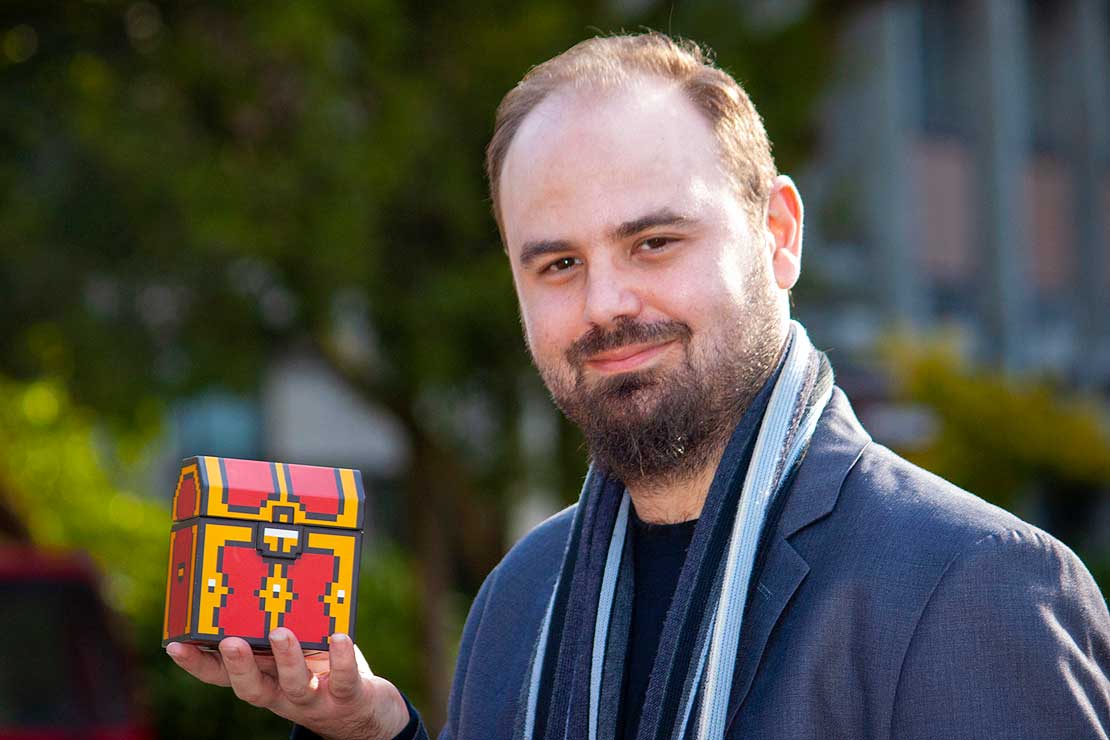 Dr Aaron Drummond says governments around the world are beginning to explore whether loot boxes should be regulated.

Video games that offer randomised rewards to increase competitive advantage could be regulated under existing legislation for gambling, according to new research published in Nature Human Behaviour.

Massey University School of Psychology’s senior lecturer Dr Aaron Drummond led a team of international experts with experience in psychology, computer science, economics and loot boxes, to complete the paper, ‘Why loot boxes could be regulated as gambling’.

A loot box is the term given to randomised rewards that alter a video game in some way. For example, rewards may allow players to personalise aspects of the in-game aesthetic such as their avatar’s appearance or improve their in-game performance via powerful weapons.

The research team’s work focused on whether virtual items obtained in video games have real world value, and thus whether video games that offer these could be regulated under existing gambling legislation.

Dr Drummond says virtual items have monetary value to gamers irrespective of whether they can be cashed out and therefore, loot boxes purchased for real money likely have value in the sense required to meet legal definitions of gambling in many jurisdictions.

He believes legislators should recognise the value of virtual items and consider regulating loot box sales and says governments around the world are beginning to take notice.

“Whether loot boxes are a form of gambling has important ethical and regulatory implications,” he says.

“A common argument against loot boxes has been that people can’t win anything of value from loot boxes. Our analysis shows that this isn’t true. Users spent over $1 Billion U.S. on virtual items in just three popular video games over the life of those games. These items are clearly worth real-world money to users and therefore could be regulated via existing gambling legislation.”

Dr Drummond also co-leads the International Media Psychology Laboratory and specialises in researching the impact of digital media on cognition and behaviour. In 2018, research he undertook with co-leader of the lab Dr James Sauer, found that nearly half (45 per cent) of the games they analysed met all five of the psychological criteria to be considered a form of gambling. Further work on the issue earlier this year showed that problem gambling symptoms of Australian, New Zealand and U.S. gamers, are associated with greater loot box purchasing.

He says parents need to be aware that some games contain gambling-like mechanisms.

“Ideally, games companies would self-regulate these mechanisms, but if they are not willing to do so, then existing gambling legislation may provide a plausible pathway for governments to ensure appropriate consumer protections such as age checks are in place."

The researchers have previously asserted that there are many psychological similarities between loot boxes and conventional gambling activities.

“Existing gambling legislation usually requires three things, an entry cost or consideration, winnings based on chance, and a prize of value. Where loot boxes are purchasable for real currency and deliver rewards on the basis of chance, the first two requirements are satisfied. What our analysis shows, for the first time, is that empirically, the items delivered by loot boxes have real-world value to players even when they cannot be cashed out into real-world currency.”

Given these features are similar to those underlying traditional forms of gambling, New Zealand and United Kingdom regulators are currently investigating whether loot boxes constitute a form of gambling. It is hoped that this research will aid them in their decisions.

He says New Zealand has the opportunity to be world leaders in this space.

“We have more game developers per capita than any other country in the world. Understanding the psychological risks of mechanics such as loot boxes is essential to ensuring that the New Zealand game industry remains at the forefront of ethical and sustainable video game development.”

The paper is available online at Nature Human Behaviour and the research was funded by a Royal Society Te Apārangi New Zealand Marsden Fast Start Grant.