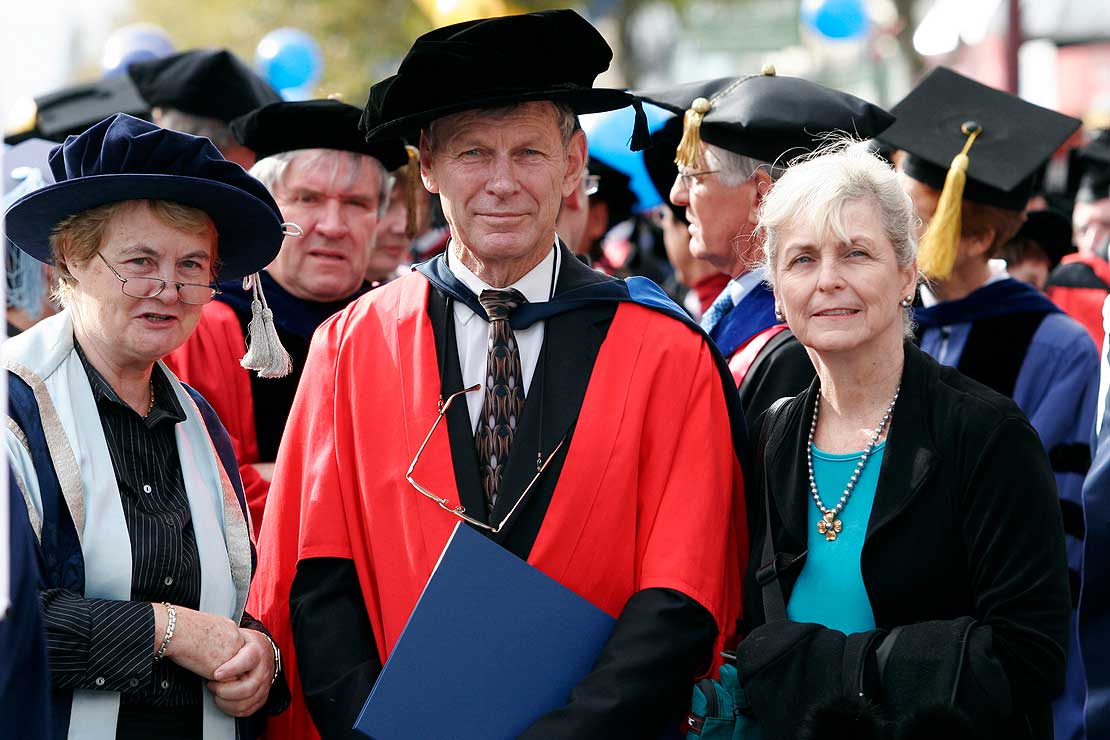 He was an Associate Professor at the University of Texas Southwestern Medical Centre, had a Bachelor of Science in human performance from the University of California at Davis and a PhD in exercise physiology from Washington State University.

In April 2007 he was awarded an honorary Doctor of Science by Massey in recognition of his contribution to sport and for his research into human health and fitness.

Over the next two years he collaborated with the University’s Institute of Food, Nutrition and Human Health and the Centre for Public Health Research on projects relating to human health, nutrition and fitness, particularly Pasifika health issues such as diabetes.

As part of that collaboration two Peter Snell Doctoral Scholarships in Public Health and Exercise Science were awarded in 2008. The scholarships were focused on developing research capability at the intersection of exercise science and public health.

Professor Geor says Massey was honoured to have worked with Sir Peter in such important fields of research. “The staff who worked with Sir Peter greatly appreciated the opportunity to work with such a talented yet humble man. He was driven by continual improvement of himself and others, in exercise and academia.”

Snell was born in Opunake and, following his stellar track career (he stopped running professionally in 1965) became intrigued by the science behind why he could run so well and wanted to investigate human health, fitness and training techniques from an academic perspective. Because he did not have a University Entrance qualification from school he moved to the United States.

At the graduation where he received the honorary doctorate, Sir Peter encouraged graduates to continue on their learning journey.

“Study is a lifelong pursuit. Embrace it or you will be swept away by the tide of new – and not always correct – information.”

Massey congratulates finalists of the Women of Influence 2020