Popular series like Game of Thrones provide audiences with an imagined version of the past - and possible pathway into a love of history, says Professor Michael Belgrave.

The past has become a digital feast and there is no other point in human history when people have had such ready access to it, historian Professor Michael Belgrave says.

He believes it is possible that young people hooked on Game of Thrones could get seriously addicted to learning about local history.

Aotearoa New Zealand is considered a “new” country – a perception that often accompanies the idea that it lacks much history. But with a recent Government decision to make the teaching of New Zealand history in secondary schools compulsory, Professor Belgrave thinks a new generation might come to see our history as fascinating, turbulent, complex and confronting – rich in multiple stories, personalities and perspectives that have shaped who we are, from Gate Pā to Gallipoli.

Professor Belgrave, from the School of Humanities based at the Auckland campus, is an award-winning author and former research manager of the Waitangi Tribunal. He says in terms of studying history, there’s no time like the present.

“One of the most significant things for historians is how much technology has transformed what we do. We used to have to sit in archives wearing special protective gloves with dusty bunches of files in front of us, writing notes on cards with a pencil and then going away and sorting them into some form to write up the history. Today, we can draw down so many different sources directly onto our laptops.

“We also have the ability to imagine what the past was like through the images that we can connect to. Paintings, photographs, architecture, drawings and the plethora of historical dramas and documentaries, mini-series and films.”

History is also much more a part of New Zealand's popular culture. A growing interest in the study of medieval history (one of the specialty areas of Massey’s history programme) has been linked to the popularity of Netflix fantasy drama series Game of Thrones, he says. 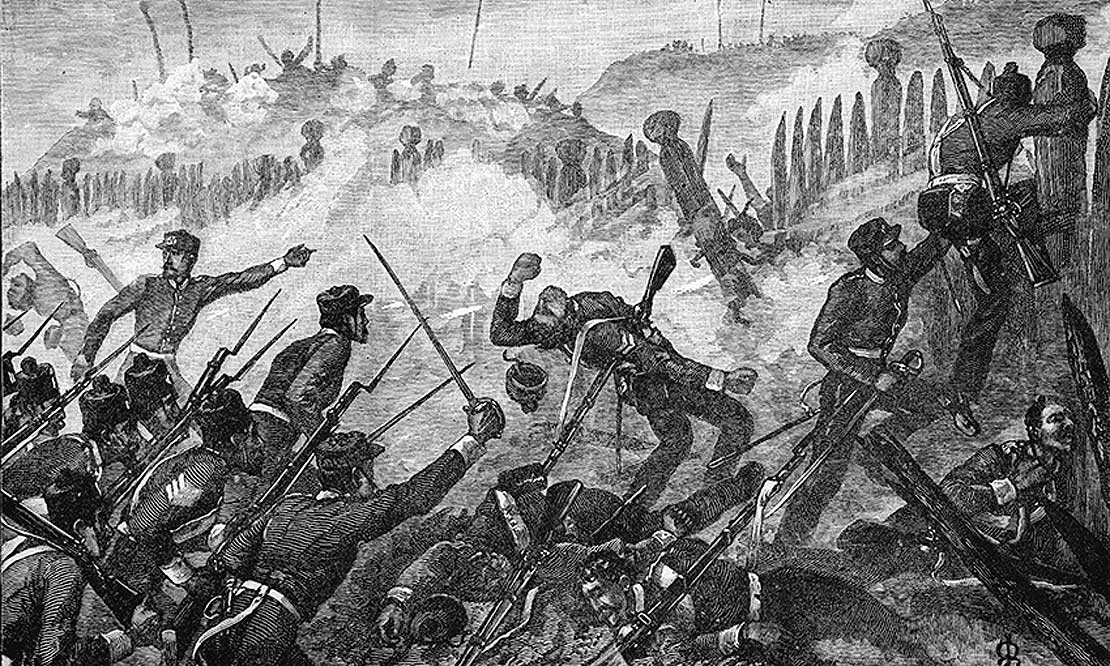 Artist's depiction of the battle of Gate Pā, near Tauranga, in the 1860s.

Skills you gain from studying history

Among transferable skills gained from studying history, one of the most important is being able to assess and understand the limitations of evidence and how difficult it is to know what happened in the past, and why.

“It’s not just a matter of training people to be knowledgeable. We have primary sources that we rely on and those have biases and missing pieces. What we're trying to do is to get away from the idea that historians are ‘flies on the wall’ that see everything and then write about the important bits. What we’re really doing is sifting through the rubble of earlier generations trying to work out what it means and how we can tell credible stories about it.”

How we decide what is important is, in itself, an ethical issue. “Whose viewpoint becomes extremely important.” Telling the stories of ordinary people and all peoples

Until midway through the 19th century, most sources of history were archives written by the wealthy and the politically influential. “Ordinary people just don't get a voice.” Women’s voices, views and experiences were largely absent, as were other marginalised groups. The advent of government records for births, deaths, marriages, land titles and more, and of newspapers, postal services, widespread access to paper and ink, and increasingly literate populations meant that ordinary people could write about their daily lives in diaries and letters, creating more layers of historical data.

In 21st century Aotearoa, Professor Belgrave sees the challenges of developing a new curriculum tied in with acknowledging the diverse interpretations of the past, viewed from the post-colonial present.

He currently teaches two New Zealand history courses ­– a history of New Zealand's peoples, exploring the waves of migration that made up our society, and a second on Māori and colonisation, a subject he has written widely on. His 2017 book Dancing with the King, an exploration of diplomacy and peace-making in the decades between the Waikato War and the opening of the King Country after the 1860s, which last year won the University of Melbourne’s Ernest Scott Prize for the best Australasian history.

As well as Māori history, a curriculum relevant to today’s young people needs to include the migration stories of all those living in our communities, including the English, Irish and Scots as well as Pasifika, Chinese, Indian and more, says Professor Belgrave, who has just been elected the incoming president of the New Zealand Historical Association.

Historians have to be involved in discussing what New Zealand history is, how interesting and important it is, and also be able to “break down prejudices that there is a good history and a bad history based on the politics of the present, and that some things have to be taught and others not,” he says. “It's our job to try and help, and participate in a broader public debate about the nature of New Zealand's past and the nature of the skills that we want people to have.”

For more information on studying history at Massey click here.